Around 100 Masons from across the Province of West Lancashire converged on Westhoughton Masonic Hall for the inaugural New and Young Masons Forum. 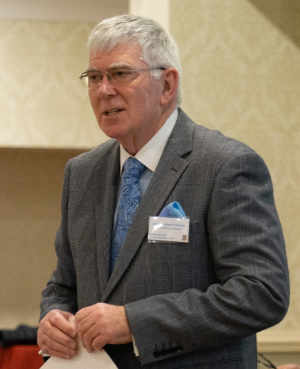 The event was organised by the committee of Leyland Lights, the light blue club of the Leyland Group, at the request of the Provincial Grand Master Tony Harrison. The committee members, under the guidance of Leyland Lights President and Provincial Membership Officer, Neil Ward, put together a full and interesting itinerary for the attendees and made use of the latest interactive online tools via the attendees’ smart phones to monitor engagement throughout each session.

The aim was to give newer members some background on what it means to be a Freemason and what the future might hold as they progress in their Masonic journey.

The day started with an introduction by Tony Harrison. Tony welcomed everyone to what he said promised to be an interesting and engaging day before handing over to the first speakers, Keith Beardmore, Provincial Grand Master for the Mark Province of West Lancashire and Paul Renton, Deputy Grand Superintendent of the Royal Arch in West Lancashire. Keith and Paul gave an interesting talk entitled; ‘The Keystone Connection’ which gave an insight into the formation of both Mark Masonic lodges and the Royal Arch and how these two bodies fit into the Masonic journey that brethren may wish to take.

This was followed by an excellent talk from Stewart Cranage, Provincial Grand Mentor, on Solomon, the learning and development portal launched by UGLE at the end of 2018. Stewart gave everyone an overview of what Solomon is, what users can expect to find there and how they can make the most use of it. Solomon can be found by clicking on the following link; https://solomon.ugle.org.uk/ 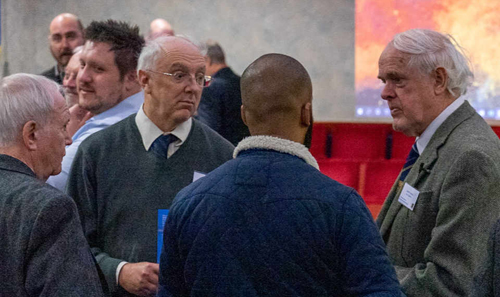 Delegates exchanging views during a break in proceedings.

After a break for lunch, the next session was hosted by Dr Robert Lomas, well known to many as the author of such titles as The Hiram Key and Freemasonry for Beginners and many more. Robert’s presentation was entitled; ‘The Traditional Duties of the Lodge as an Apprentice Master’ and was centred on the importance of developing, encouraging and nurturing new members of the lodge.

Robert’s message was followed appropriately by Andrew Ridal, Provincial Deputy Grand Secretary who spoke about the importance of groups having well run new and young Mason’s clubs to maintain the interest of our newer members through both education and social interaction.

After a quick overview by other Provincial Officers of their roles and responsibilities, the day was brought to a close by Tony Harrison who reinforced all of the material that had been presented. He endorsed the message that a successful future for Freemasonry depends on the development and engagement of our all our members. This was followed by a question and answer session before the attendees left after what many described as an enlightening and informative day.

Neil Ward commented after the event that he was extremely pleased with how the day had gone, the interactive sessions were very well received and the event would certainly be on the calendar for 2020.

A fine turnout of delegates